Control is a third-person action-adventure video game created by Finnish game studio Remedy Entertainment. The game revolves around the Federal Bureau of Control (FBC), a secret U.S. government agency tasked with containing and studying paranatural phenomena. As Jesse Faden, the Bureau's newest Director, players explore the Oldest House - the FBC's paranatural New York headquarters - and utilize powerful abilities in order to defeat a deadly enemy known only as the Hiss.

On June 29, 2021, Control game director Mikael Kasurinen confirmed that Remedy Entertainment has signed an agreement with 505 Games to co-develop and publish a new game in the Control franchise. The game, currently codenamed Project Condor, is set to be a multiplayer spin-off in the Control universe.

Jesse Faden arrives at the Oldest House, the headquarters of the Federal Bureau of Control, after receiving a telepathic calling from a paranatural being she refers to as "Polaris," which she shares a special connection with. Seeking the whereabouts of her brother Dylan, who was kidnapped by the Bureau seventeen years prior after an Altered World Event in their hometown of Ordinary, Jesse discovers that the Bureau's previous Director, Zachariah Trench, has apparently committed suicide.

Taking Trench's fallen sidearm, Jesse discovers it is an Object of Power - the Service Weapon - and is transported to the Astral Plane, where she completes a ritual and is selected as the new Director by the Board, a paranatural entity that guides the Bureau from the shadows. Jesse emerges from Trench's office and discovers that the Oldest House has been invaded by a hostile force known as the Hiss, which possesses the Bureau's agents and corrupts the building's shifting topography. Jesse uses an Object of Power known as the Hotline to listen to the lingering presence of Trench, who relays that his former management team knows the secrets of the Bureau, and Jesse hopes they may be able to tell her the whereabouts of Dylan.

Aiding the surviving agents of the FBC, Jesse enters the Oldest House's Maintenance Sector and is guided by Ahti, a mysterious and idiosyncratic Finnish janitor, to repair the building's electricity and plumbing to prevent a major meltdown. Jesse then uses a Directorial Override to reopen the other sectors, and enters the Research Sector in search of Head of Operations Helen Marshall, whom she believes knows about Dylan. Jesse aids Marshall in retaking the Research Sector and securing production of HRAs; Marshall then reveals that Dylan, known to the Bureau as "Prime Candidate 6" or P6, was a candidate for the role of Director due to his special abilities, but after he proved unstable and killed several Bureau agents, he was detained in the Containment Sector. Jesse rushes to the sector to find Dylan, only to learn that he has appeared suddenly in the Executive Sector and been voluntarily contained by the FBC. Dylan tells Jesse that he has embraced the Hiss, which he believes will set him free of the Bureau, and that the Slide Projector Object of Power from Ordinary is the source of the Hiss. Dylan warns Jesse not to trust Polaris, but Jesse resolves to find and deactivate the Slide Projector in order to stop the Hiss.

Jesse investigates the Prime Candidate program and learns that both she and Dylan were considered for the role of Director, and that the Slide Projector is contained in the Research Sector. Ahti gives Jesse a cassette player which enables her to navigate an elaborate maze protecting the slide projector's chamber. In the chamber, Jesse finds the projector missing; she learns that Casper Darling led several expeditions into the only surviving slide dimension (the other slides having been burned by Jesse years prior), discovering a polyhedron-shaped organism he coined the Hedron, which is the source of the HRA resonance. Jesse discovers that the Hedron is Polaris, who called out to Jesse to save her from the Hiss; however, in spite of Jesse's attempts to rescue it, the Hedron is destroyed by the Hiss.

Jesse's mind is nearly invaded as the Hedron resonance falters; however, she is able to rediscover Polaris's essence within her and restore control. Jesse learns that Trench had kept one of the burned slides and was the first to be influenced by the Hiss, which occurred during one of Darling's expeditions; Trench was the one to use the burned slide to let the Hiss into the Oldest House, to destroy what he perceived to be the threat of Hedron's takeover. Jesse finds the Slide Projector in the Executive Sector and interacts with it, entering the Astral Plane and confronting Dylan, who is attempting to take over the Board through the Hiss. Jesse cleanses Dylan of the Hiss, and he falls into a coma; finally accepting her new role, Jesse resolves to defeat the remaining Hiss in order to restore order to the Bureau.

Two expansions have been released for the game, adding new locations, story content, side missions and mods.

The cast of Control consists of numerous actors who performed roles in previous Remedy Entertainment games. As such, the cast has been described as a collection of "Remedy's all-stars."

Control is built using Remedy Entertainment's proprietary Northlight engine, which was first used on their previous title, Quantum Break. As Jesse Faden, players possess a host of paranatural abilities, as well as the Service Weapon, an Object of Power wielded by the Director of the FBC. The Service Weapon can be adapted into various different forms which behave as different weapons, such as forms mimicking a pistol or a shotgun. Jesse's abilities enable her to telekinetically levitate herself and other objects, though this ability does have some limitations. Jesse can also seize control over weakened enemies. Both the Service Weapon and Jesse's powers can be expanded upon throughout the game via a skill tree. Control boasts fully reactive environments, and Jesse's telekinesis can interact with most items, which makes the game more dynamic and multifaceted, and offers more player freedom to adapt to in-game obstacles. Jesse's outfit can also be customized.

Control is set within the Oldest House, a skyscraper in New York City which acts as the headquarters of the Federal Bureau of Control. While the Oldest House appears innocuous from the outside, its interior is a shifting paranatural space, vastly larger than its exterior. Remedy has stated that the Oldest House's topography (and thus the game as a whole) is designed in a Metroidvania format; a large, interconnected, nonlinear world map, with access to certain areas being limited by certain obstacles that can only be passed once players have acquired certain tools or abilities, or by progressing in the game's main storyline. Special rituals can be used to initiate shifts in the Oldest House's topography, unlocking new areas and furthering the game's numerous side-quests. The Oldest House is not a homogeneous landscape, as it contains numerous Thresholds, rooms leading to alternate dimensions which affect the appearance of the Oldest House's interior. Numerous areas of the Oldest House have also been abandoned by the Bureau over the years, or have never been explored at all, giving the location as a whole an anachronistic atmosphere.

Unlike Remedy Entertainment's previous games, Control is a nonlinear experience; players are free to explore the Oldest House at their own pace, and as new abilities are unlocked in later levels, areas previously inaccessible become available to explore. Remedy has stated that Control is meant to be a gameplay-driven experience, encouraging players to explore and deviate from the main narrative in order to discover their own stories and learn more about the game's lore. Control also prominently features side-quests, which can be pursued to unlock new abilities or learn more about the Oldest House and the FBC. The game's nonlinear nature removes the “hand-holding” nature of some of Remedy's previous games, with players having the freedom to choose where to go next, what objectives to pursue, and how to overcome certain obstacles. Control is in part a reaction to Remedy's previous titles, which offered cinematic and emotional yet brief experiences, by providing a longer-lasting gameplay experience for players. Upon release, Control will be by far the longest title in the history of Remedy Entertainment.

Development of Control began at Remedy Entertainment shortly following the release of Quantum Break. Remedy's prior titles Alan Wake and Quantum Break were developed in publishing deals with Microsoft; in part because of this, these titles never received proper sequels. Microsoft also owned the publishing rights to these games. As a result, Remedy sought to exercise more control over their games and their publication, with Control fittingly representing the beginning of this process. It was decided that Control would be published by 505 Games, with Remedy maintaining both intellectual property and publishing rights.

Control was originally known as Project 7 or P7, and was first alluded to in 2017. The game was formally announced in a trailer at the Sony PlayStation press conference at E3 2018 on June 11, 2018. The main cast was announced in September 2018, consisting of numerous actors from previous Remedy titles. A second trailer was released on December 20, 2018. The game's release date was leaked three months later, and formally announced with a third trailer on March 26, 2019. On the same date, pre-order details were released and pre-ordering began.

Control has been promoted with an extensive marketing campaign by Remedy Entertainment and 505 Games. As part of this campaign, an alternate reality game was created, which fans participated in from December 20, 2018, to March 26, 2019. Many participants' names were listed in the ending credits of Control, and five participants were also listed in an in-game collectible.

When asked about influences for the setting, story, and visuals of Control, Remedy has repeatedly cited the literary genre New Weird as a major source of inspiration, especially Jeff VanderMeer's 2014 novel Annihilation. Other "weird" media has also been mentioned, including the 2010 film Inception directed by Christopher Nolan, and the SCP Foundation online collaborative fiction wiki (which was a direct inspiration for the FBC's containment files for Altered Items). The new weird novel House of Leaves by Mark Z. Danielewski partly inspired the design of Control, as both narratives feature houses with infinite, ever-shifting, featureless interiors that break the laws of reality. The works of filmmaker Stanley Kubrick were also cited by Mikael Kasurinen as an influence on the symbolic presentation of Control's world. Other inspirations and influences include Mr. Robot, Legion, and Dark Souls.

Control deals heavily with a variety of psychological and philosophical concepts, taking particular influence from the works of Carl Jung and his formulation of human psychology. Jungian concepts such as archetypes, collective unconscious, and synchronicity are abundantly present in Control and are used to explain the behavior of so-called "paranatural" phenomena in the game's universe. Much of the game emphasizes an intrinsic connection between human minds and the paranatural, which also correlates strongly with Jung's synchronicity.

A central theme of Control is a contrast between control and chaos, respectively represented by the FBC and the Hiss. The topography of the Oldest House is visually designed in a stark Brutalist architectural style to emphasize the rationalist, scientific viewpoints of Trench and the Bureau as well as their adherence to order and normalcy. The Hiss and other paranatural phenomena, in contrast, upend the Bureau's assumptions about reality by causing the laws of nature to unpredictably unravel, corrupting the Oldest House. This connects to a larger in-game theme of how the paranatural reflects human outlooks and bureaucratic structures. 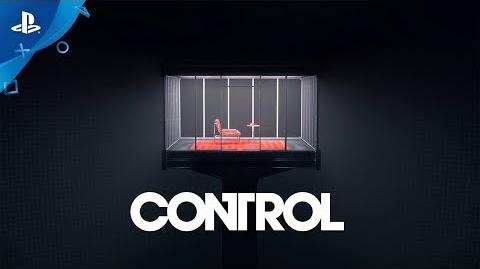 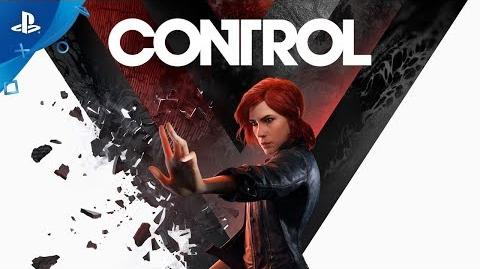