The Federal Bureau of Control (FBC), or simply the Bureau, is a clandestine United States government organization tasked with the containment, study, and control of paranatural phenomena. Operating on a national scale, the FBC investigates events and objects which violate the scientific laws of nature, with the goal of understanding and controlling these elements. The Bureau's headquarters is a mysterious Brutalist skyscraper in New York City known as the Oldest House, which exists outside of ordinary reality.

The FBC is responsible for both the scientific study of paranatural elements and the protection of the nation (and humanity as a whole) from these forces. Among the phenomena studied by the FBC are Altered World Events (AWEs), Altered Items, Objects of Power, Places of Power, and other realms and dimensions. The Oldest House, itself a paranatural location, serves as a containment and study facility for these types of phenomena.

The leadership of the FBC is determined by the Board, an extradimensional being, through the Service Weapon Object of Power. The current Director of the FBC is Jesse Faden, having succeeded the late Zachariah Trench after his death during the Hiss invasion in October 2019.

The FBC is the U.S. government agency responsible for investigating "paranatural" phenomena - objects, places, or elements which violate the known laws of reality and exist outside of conventional scientific understanding. The existence of said phenomena is not publicly known, as the FBC engages in elaborate cover-ups to prevent knowledge of said phenomena from spreading. The FBC's ostensible objective is to protect the United States and the world from paranatural forces via containment, study, and ultimately control. To these ends, the FBC also enforces various regulations such as the Ash Act and prosecutes individuals and groups who take illegal advantage of the paranatural world.

The FBC's jurisdiction appears to extend beyond U.S. borders; various files show that the FBC has acted beyond U.S. borders, including Altered Item investigations in Korea,[1] Canada,[2] and Cuba,[3] as well as criminal investigations in the Czech Republic.[4] The FBC also maintains field offices around the world, including one in Islamabad.[5] As per their primary goal, the FBC seeks out paranatural phenomena across the country and the world, studying them and attempting to contain them to the best of their abilities. Among the phenomena investigated by the FBC are Altered World Events (AWEs), wherein the laws of reality are violated by forces seemingly originating from alternate dimensions. Ordinary objects can be affected by paranatural forces, and are referred to as Altered Items and contained by the FBC. Certain Altered Items called Objects of Power are capable of causing AWEs and are connected to the Astral Plane.

The FBC is a scientific organization that seeks an understanding of paranatural phenomena through objective, empirical research. However, these methodologies may not always apply, as paranatural phenomena seem to gravitate to the human mind and thus tend to be highly subjective and ambiguous. Additionally, the nature of the paranatural to defy physics and even logic suggests these forces may not be comprehensible or controllable. Nonetheless, the FBC focuses its efforts on control of these forces, developing rituals and studying Altered Items and Objects of Power with the intent of learning to control unexplainable forces. The Director of the Federal Bureau of Control is selected specifically due to their ability to control Objects of Power.

The exact beginnings of the agency that became the FBC are unknown. The agency is stated to have been "young" in the year 1954,[6] during which it held only three Altered Items. By 1958, four years later, it had responded to three Altered World Events. Originally headquartered in Washington, D.C., the Bureau was founded as a federal agency and as such fell under the jurisdiction of the federal government. In 1964, it officially became the Federal Bureau of Control, with the cover story that it was intended to be part of an initiative to strengthen government relations.[7]

The Director of the Federal Bureau of Control directly prior to 1964 was Theodore Ash, Sr. Ash's son, Dr. Theodore Ash, Jr., acted as the Bureau's Head of Research, while Broderick Northmoor was one of Director Ash's leading agents. Director Ash, as a firm believer in an "esoteric world", dedicated the Bureau to searching for paranatural locations, though while the Bureau recovered many such objects (later coined Altered Items), no significant discoveries of Places of Power were made until after Director Ash's death. Under Ash's directorship, the Bureau's outlook was much more arcane, treating the paranatural world as ritualistic rather than scientific.[8][9]

Ash Sr. died in September 1964, and Broderick Northmoor was named Acting Director by the federal government. Just a week later, the Federal Bureau of Control investigated a suspected Altered World Event in the subway tunnels of New York City. On August 4, 1964, the FBC discovered an entrance to what would later be called "the Oldest House," an enormous skyscraper and Place of Power, imperceptible to public eyes, with seemingly infinite, shifting interior space.[8] Ash Jr. and Broderick Northmoor both considered this to be the most significant discovery in the Bureau's history. Exploring the Oldest House, they eventually discovered an area known as the Foundation,[10] which Ash discovered was the conflux of the Oldest House's "leylines," essentially the building's "heart." At the core of the Foundation was an object which was named "the Nail" which was later found to link the Oldest House to an alternate dimension known as the Astral Plane.[11]

During the investigation of the Foundation, an incident occurred in which a black pistol suddenly appeared in front of the Nail, which was picked up by Northmoor. At that moment, Northmoor came in contact with an extradimensional being (or group of beings) known as the Board, and was somehow given thermal powers. From this point onward, Northmoor became increasingly deluded and obsessed with power; he insisted that The Board had chosen him as the new Director of the Bureau through the pistol, and that the FBC were their "guests" in the Oldest House, which belonged to the Board.[12] The Board then became the informal leaders of the Bureau, directing its actions from the shadows, while the Bureau began intensive investigation of the Astral Plane and related phenomena. The Bureau moved its headquarters from Washington D.C. into the Oldest House, and by virtue of the House's innate nature, the Bureau also became invisible to the public eye. From then on, the Bureau was a federal agency in name only, operating with only nominal oversight from the federal government.[13] Ash, meanwhile, rejected the Board, concluding from his studies in the Foundation that they were invaders who had unjustly taken over the Oldest House. Refusing to let the Board use humanity for its own purposes, Ash directed his efforts into keeping the Bureau free of its influence, leaving his research for future administrations to discover the truth.[14]

Beginning with Northmoor's pistol - known as the Service Weapon - the Bureau began to discover other powerful Altered Items capable of granting paranatural abilities, all of which possessed an apparent connection to the Board. These "Objects of Power" (OoPs) became central to the Bureau's research, particularly of the Astral Plane, as the OoPs could transport certain individuals to the Astral Plane in voyages known as "astral dives."[15] Meanwhile, Northmoor's parautilitarian powers continued to spiral out of control, until he ultimately could no longer handle his own abilities. Deputy Chief Zachariah Trench eventually convinced a reluctant Northmoor to imprison himself within a huge machine, the Northmoor Sarcophagus Container, and serve as a power source for the entire Oldest House.[16]

Shortly following Northmoor's "retirement," Deputy Chief Trench, "almost on a dare," picked up the Service Weapon and was named the new Director by the Board.[16] The Bureau underwent significant changes under Trench's tenure, including the addition of the Panopticon and the Dead Letters Archive and a revision of Bureau policies. One major addition, the Prime Candidate Program, was started by Trench in order to ensure a line of succession for his role.[17] Trench, understanding the need for assistance despite his tendency to work alone, also formed an official administrative team out of the Bureau's department heads to support him.[18]

As implied by the Tennyson Report, Trench, as well as Dr. Ash's successor, Dr. Casper Darling, refocused the Bureau towards a more scientific understanding of paranatural phenomena, which included the renaming of known paranatural events and objects to suit an objective bureaucracy. This resulted in some schism in the Bureau, with some individuals challenging this new leadership, but Trench silenced most of these voices.[9] Nevertheless, rituals and superstitions retained some degree of importance in Bureau operations, especially in Frederick Langston's supervision of the Panopticon.

In 2002, Trench and Darling investigated an AWE in Ordinary, Maine involving a slide projector Object of Power capable of opening doorways to other dimensions. The Bureau apprehended the Slide Projector along with parautilitarian Dylan Faden at this time, who was made a part of the Prime Candidate Program.[19] In the following years, Trench and Darling repeatedly explored Slidescape-36, the only surviving slide dimension, after Jesse Faden (Dylan's sister) destroyed the other slides. During this time, they discovered an entity known as Hedron, which Darling brought back to the Oldest House. Meanwhile, Trench claimed to be exposed to a different entity, which went undetected by all others alongside him, including Darling. This would prove to be the beginning of Trench's decline and the buildup to the worst disaster in the Bureau's history.[20]

Unknown to anyone else, Trench had been infected by an entity later known as the Hiss, a natural enemy to Hedron. Meanwhile, Darling became convinced of Hedron's importance and increasingly prioritized the study of the entity. He founded the Dimensional Research division, protected by the Ashtray Maze formed by the Ashtray and Cigarette OoP, one of the last times Trench and Darling would cooperate.[21] Trench, growing increasingly paranoid and erratic under Hiss influence, came to see Darling's support of Hedron as a threat. He lashed out at everyone around him, seeing everyone as enemies. Darling, too, retreated into his secret projects, more and more convinced of a present threat.

The worsening situation was not unnoticed. William Kirklund, Head of Investigations, ordered his department to conduct internal investigations into both Trench and Darling for their changes in behavior.[22][23] However, the escape of a dangerous paranatural entity related to the Bright Falls AWE had left his department severely understaffed, and distrust on all sides left Kirklund's team unable to affect the events to come.

In late 2019, things reached a critical point. Darling, convinced that danger was inevitable, began handing out devices called Hedron Resonance Amplifiers to protect Bureau personnel using Hedron's resonance. Trench, believing that Hedron had compromised the Bureau, chose to fight fire with fire. On October 29, 2019, he took the Slide Projector, entered the Nostalgia Department, and opened a portal to let the Hiss into the Oldest House.

As a federal government agency, the Bureau maintains a number of internal and external regulations. These include:

* Head of the Department of Public Knowledge and Diversions, a precursor to the Communications Dept.
** Interim Head appointed in 2019; status unknown circa the Hiss invasion. 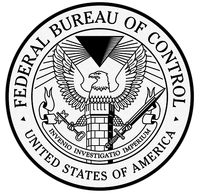